So, last week I talked about opening the heart so we can hear a larger wisdom instead of just following the mind’s ideas about how things should be. But why is being open so important?

The simplest answer is, Because that’s the way nature is. But what in the world does this mean?

I like to think of this in terms of the present moment. We often talk about evolution, and how the beings of Earth evolved over time, but when we talk about evolution we’re usually thinking of the grand sweep of history—millions and billions of years.

Yet evolution implies certain things for a smaller time scale as well. And one of them is that even this moment is unique. Nature is always changing, always evolving, and so the ingredients that make up this moment will never come together again in exactly the same way. The great creative force of life, which brought you and me into being, which calls a tiny shoot from its seed, which raises a sequoiah 300 feet in the air, is always creating something new. And all of us actors on Earth are coming together and moving apart and coming together again in constellations that are always new, never repeated the same way twice. The world is always becoming.

This becoming is not always easy—in fact, it may make life hard or even deadly for us, as this new virus does. But even deadly forces and actors are part of the Great Becoming. The creativity of the coronavirus is as mysterious as the beating of my own heart; both of them take part in a great dance of living and dying that we humans did not dream up but that we participate in and help to shape moment to moment.

So because life is always in the process of making something new, with countless actors shaping every scene, no two moments are ever exactly the same. And therefore no future moment can be predicted exactly. And this is the central point: A quality of unpredictability resides at the very core of nature. And another word for this unpredictability is freedom. At the heart of reality itself lies a profound freedom—to become without overly developed expectations or ideas of what that becoming will be.

We can see this freedom even in natural forces. Take weather, for example. Yes, it shows certain regularities, and over time we can notice its patterns. But exactly what the weather will be like, even an hour from now, can surprise us. The wind can shift. Unexpected clouds can form. Even something as large as a hurricane can change course. The sky holds surprises. Exact predictions are impossible.

In a similar way, nature never copies itself exactly. No two human beings are identical, even if they come from the same egg. No two leaves or flowers or cloud formations or ocean conditions are ever exactly the same. Nature can’t make duplicates, which is what makes it not-a-machine. Nature is freer than that. It is always making something new.

Religions have various names for this freely creating force: God, Spirit, the Great Mystery, the Creator. You might have your own language for it. All the words fall short, of course, for naming a power that is so much greater than us and that brought us into being. My favorite inadequate names at the moment are “the Living Spirit” or “the Great Becoming” or “the Great Heart.” But what all these inadequate words point toward is the great creative power arising from the center. The tremendous potential that works itself out in unpredictable ways. The great freedom operating at the very heart of reality.

An ancient Christian text describes this freedom in terms of the weather. “The wind blows wherever it pleases,” says the text. “You hear its sound, but you cannot tell where it comes from or where it is going. So it is with everyone born of the Spirit.” The writer says that Jesus himself uttered those words. And what I hear in those words is the idea that to live in the way of Spirit is to move with the freedom of the wind, and to align oneself with that freedom.

So to live in alignment with the Living Spirit is to make room—in one’s heart, in one’s life, in one’s society—for freedom. For unpredictability. To surrender cherished ideas about what will be, and to practice opening instead to what is becoming. It takes letting the heart flow. Letting the wind blow where it will! This is surrender—a surrendering of the mind, with its fixed notions of things, to the freer flows of the heart.

And above all, living in alignment with unpredictability means living in love. I want to emphasize this: If unpredictability lies at the heart of reality itself, it implies love—because love, at its core, means respect for open-ended becoming. The universe, in respecting unpredictability, acts with love. For to respect another person’s freedom is to show them love. To allow the winds of becoming to blow where they will—in oneself or another—is to show love. To work for freedom is to show love. And all these ways of loving are profoundly aligned with a reality that does not fully prescribe and can never be fully predicted. To live by love is to live in alignment with nature. To be open to flowing with the freedom of the wind is to live in alignment with nature.

So whatever line of thought or action respects that fundamental unpredictability has something of Spirit in it; it is aligned with love. And whatever person or group or line of thought tries to take control of that flow of life is misguided; it is out of alignment with nature, with love.

Cultivating this kind of an open heart is always a big job. Surrendering to a wisdom that flows deeper than the mind is, I know from experience, not easy. And cultivating an open heart may be an especially big job right now. Because when times are difficult, our instinct is to contract. To harden against loss and misfortune and hate.

But right now may also be an opportune time to come into the open heart. Because so many ideas about what reality is like have already been shown to be so small and so wrong, and many of the structures propped up by these ideas are toppling right before our eyes. So there is actually more room at this moment for building back by different rules. For pursuing freedom. And equality. And justice. For writing new chapters to old stories. For taking inspiration from a different and truer story of nature—one that respects the freedom of the wind to blow where it pleases, and respects that freedom in every human being as well.

So I want to thank you for all the ways you are working on behalf of freedom—in yourself, in society, or wherever that freedom has been constrained by small ideas. Because there are countless ways of working out this unpredictability at the core of nature—and that’s the point. The creative Spirit of nature holds endless possibilities, and there’s room for everyone to work it out in their own way. Freedom comes in many flavors. And most of them we haven’t even tasted yet.

“The wind blows wherever it wishes” is from the Gospel of John 1:5 (NIV).

A shamanic-style Journey with my Spirit Helper, Bear, showed me images of the fundamental unpredictability at the heart of the universe, and I wrote about this experience in chapters 51 and following of Tamed by a Bear.

Monica Gagliano, a plant scientist who also learns from plants through direct, shamanic conversation, learned about what she calls “chance” from coast redwoods in northern California. She calls chance “the untamed spirit of all-inclusive creativity, defiant of the safe rigidities of control.” I think she is getting at something similar to what I call unpredictability and freedom lying at the core of nature. See Thus Spoke the Plant, 120. 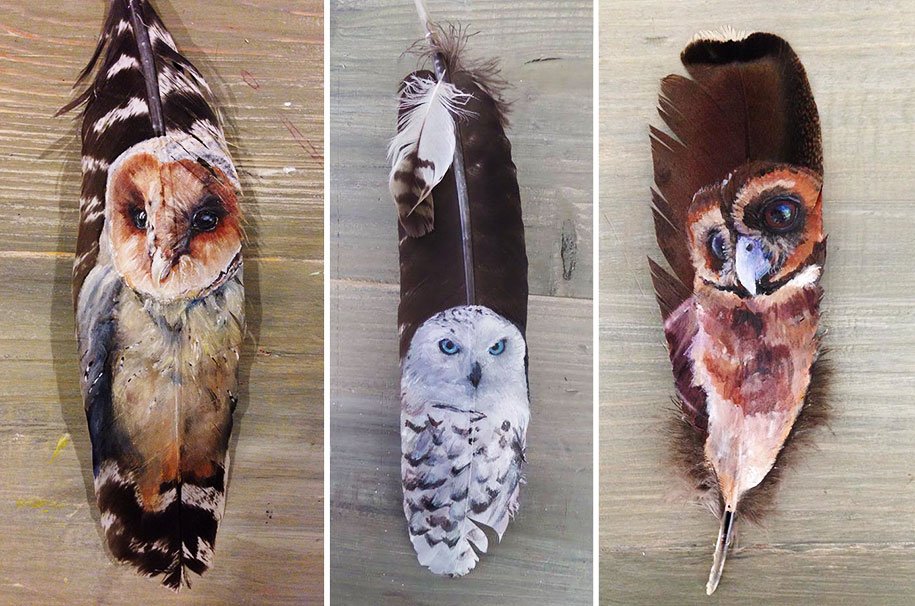 I’m listening hard these days to voices that have a lot to say about the Earth crises we’re in. Voices that are sharing a wealth of ideas about where to go from here. Many of those voices belong to Indigenous ppl and young ppl... More at Nature::Spirit https://t.co/Kvr34z8khl