I can still say the words from memory—Luke 2:1–20, King James Version, the verses I recited for the Christmas program at church when I was in grade school. It’s the story of the baby in the manger and the shepherds and the angels.

Recently I took another look at the Christmas story in Luke, and I found some things I didn’t remember—especially in Luke 1, in the stories of Mary and her cousin Elizabeth. Both of them became pregnant when they weren’t supposed to be. Elizabeth was old, and Mary was betrothed, not yet married.

Yet both women conceived. And both of them experienced their pregnancies as holy and blessed. As acts of God. Miracles. The text says that Mary went on to sing a song about other acts of God—and it’s this song, “The Magnificat,” in that I had nearly forgotten about. It never gets the attention that the babe-in-a-manger story of Luke 2 receives every year.

Maybe this is because what Mary sings about is uncomfortable to a lot of us modern people. She composes a song that’s all about upsetting the social order. Here are just a few lines from her song:

[The Lord] has performed mighty deeds with his arm;
he has scattered those who are proud in their inmost thoughts.
He has brought down rulers from their thrones
but has lifted up the humble.
He has filled the hungry with good things
but has sent the rich away empty. (NIV)

It’s a song of social revolution! The usual order of things is turned upside down. And what’s most revolutionary of all is that the force that upends this social order is not some human army, it is God. The Divine, the heart of reality itself, Mary says, topples rulers from their thrones and raises up the lowly. The divine order is about filling the hungry with good things and sending the rich empty away.

It’s worth reviewing Mary’s social context for a moment here. I’ve also been rereading Roman history these last few weeks, and the parallels to our own time are astonishing. In Mary’s time, Rome had just cemented its power over an enormous area, including all of Europe. It had just left behind its years as a republic and had turned itself into an empire, with a whole lot of power concentrated at the top in the emperor and the senate.

At the time of Mary, the senate numbered about 900 men—all fantastically wealthy landowners, the movers and shakers of the Roman Empire. It was a tiny aristocratic class that owned most of the lands in the empire and lived in fabulous luxury on their hillside estates. At the same time, the vast bulk of common people worked as indentured farm workers on those estates—sharecroppers, unable to work their way out of debt and barely able to feed themselves from the shares allotted to them by the estate owner and his family. So there was a vast disparity between the few at the top and the masses of the disadvantaged. It was not unlike the vast disparities in income in this country today—and by some estimates, the US today is even more unequal than the Roman Empire was then.

So when Mary sings of a social revolution, she’s giving voice to the masses of people in her time who didn’t have access to the resources that a few families at the top kept for themselves. But what’s striking about her song, again, is that she says this is not the right way; this is not God’s way.

Or, if we rephrase a bit, this is not the way things are supposed to be; it is not how things, left to themselves, will run. Creating inequality takes work. It takes making laws that protect property, as we’ve talked about in previous episodes, because without property law, wealth will tend to get redistributed. To separate people into vastly unequal classes takes human intervention; it is not how nature, left to itself, will run.

Mary’s vision is no less revolutionary in our time, when a small percentage of people controls the vast bulk of income and wealth. And it is a message that those in power who call themselves Christian have completely forgotten.

I think of Mike Pence, who said in a speech this week, “[Democrats] want to make rich people poorer, and poor people more comfortable.” He seemed appalled by the thought! But maybe he ought to reread this poem composed by Mary. She was a prophet in the long Jewish tradition of prophets who said that God’s way is the way of justice. She sang of class equity as something created by God—exactly the social pattern he now condemns. For Mary, restoring equity is God’s work, and showing mercy toward those who have experienced so little of it is divine justice.

But I recited it all: How a poor family, a lowly family, was forced by law to take a journey far away from home. How at the end of their journey, exhausted from the road, they had to bed down with animals in the barn because the hotels were too crowded. And how it was the most precarious time of this young woman’s life, for her labor was starting and she would give birth. If she once had felt that her pregnancy was a miracle, she must have wondered now if it would all come to nothing. Would she die in this godforsaken place, with no bed for herself or her newborn? How could she possibly give birth in all this filth?

And so the Book of Luke, which opens with a hymn on behalf of poor people, shows Jesus being born among the most lowly—among the animals, who occupied the lowest rung of the Roman social ladder, below the lowest humans, to be used or abused as people wished. The young displaced woman gives birth surrounded by odors of bedding straw and the pungent urine of horses and donkeys. The animals too are also exhausted and sweaty from their long travels on the road.

She gives birth in a barn where the only soft place to lay her newborn is a hay-filled manger out of which the animals feed. I can just about see the muzzles of donkeys nibbling carefully at the strands of hay sticking out around the babe. The message could not be clearer: this story is about poor people and displacement and desperate circumstances.

And the story continues in that vein, with more animals coming to visit. The sheep with their shepherds enter a few verses later, because the shepherds have seen a heavenly vision of angels announcing the birth of a baby who will save people and bring peace. But this fantastic baby is not royal born; this baby is poor, and he will be found among the animals, in a manger. And what is the peace that he will establish? Mary’s song in the opening of the book has already made that clear: it is the peace that comes when equality is restored and the hungry are filled with good things.

So the animals are there from the beginning in the Christmas story, which I have always loved. It’s a detail that emphasizes the message flowing throughout the Book of Luke—that the divine values run opposite of the human ones. That the the lowliest and poorest people, even down to the animals, are precious to the life of the world. Because the Great Heart that beats throughout this world supports equality—a social order where food flows to everyone who needs it and no one takes more than their share. Where power is distributed so that a few do not rule the many. A world where all the laws that human beings write to separate people into those who deserve more and those who deserve less are shown to be utterly false.

In Luke’s story, the divine way is the way of sharing and equality. And to be on the right side of history is to give up wealth and power and status to follow a more truthful way.

The animals are part of Luke’s story, and so they become part of the church’s liturgy as well. I love too that the church music of Christmas includes animals munching at the manger. So each December I find myself returning to the piece of Christmas music that for me is the most moving, the “O Magnum Mysterium,” with its Latin text dating back to ancient times, probably before the tenth century. The “O Magnum” was part of the church service that throughout medieval times took place at midnight on Christmas Eve, ushering in the mystery of the unexpected birth.

My favorite setting is a modern one, written in 1994 by the American composer Morten Lauridsen, and there’s an exceptional performance of it by the Nordic Chamber Choir on YouTube; I’ll include a link in the transcript on my website. Listen for the low D at the very end by the bass voices, and enjoy for yourself that foundation of peace.

This music always brings tears to my eyes, as it did the first time I heard it, in the car driving across town in Santa Fe some years ago when we lived there. And as it did again this morning when I listened. The animals sit at the heart of this mystery of Earth and birth and the upending of human ways of measuring success.

May the blessings of justice become real in our time. May the hungry be filled with good things.

If you want to dig deeper:

For income inequality in the early Roman Empire, see Walter Scheidel and Steven J. Friesen, “The Size of the Economy and the Distribution of Income in the Roman Empire,” Journal of Roman Studies 99 (2009): 61–91. Their findings got discussed in Business Insider, Dec. 17, 2011, in an article by Gus Lubin, “Even the Ancient Roman Empire Wasn’t as Unequal as America Today.” Current statistics on income inequality in the United States can be found at Inequality.org.

For a parallel take on “The Magnificat,” check out this Washington Post op-ed by L. Mayfield, “Mary’s ‘Magnificat’ in the Bible Is Revolutionary. Some Evangelicals Silence Her,” Dec. 20, 2018.

For animals in the Roman Empire, see “6 Things You (Probably) Didn’t Know About Animals in Ancient Rome,” by Iain Ferris at HistoryExtra.

Gobsmacked by the good sense of returning national parks to Native ownership. David Treuer says, “We may be able to chart a better way forward.” National Parks Should Belong to Native Americans - The Atlantic https://t.co/cCwLDTb30I 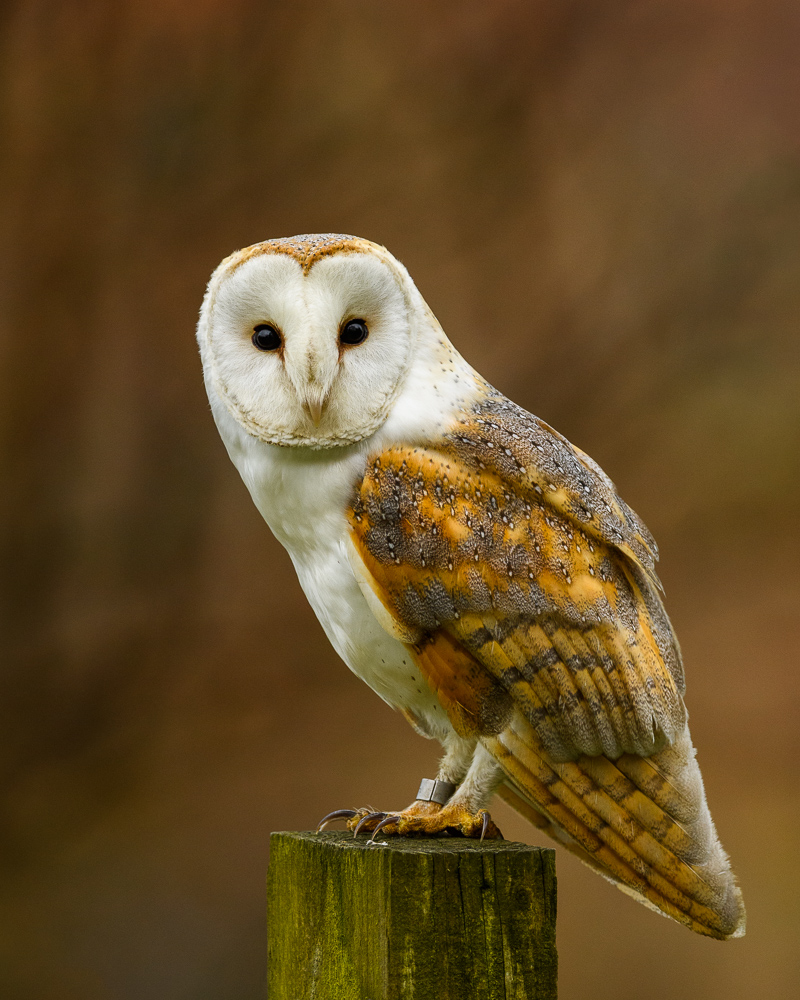