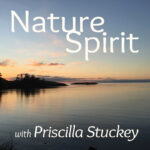 I think back to the early months after the 2016 election. Sleepless nights. Shock. We had a feeling about what was coming, and we were not wrong.

In the middle of those early weeks, I started posting a nature photo every day on Facebook. Out of my decades of sunsets and birds and mountains and flowers, I picked one beautiful scene at a time and shared it, hoping to provide some help, some light in a dark time.

After about the third or fourth day, one of my Facebook friends commented, “It’s too soon. I’m not ready yet for this.” My heart sank. Were they feeling so terrible that even the healing power of nature could not touch them? Or was it just part of a general disconnection from nature, the way we go about our modern lives as if nature is a backdrop to living, not the real thing? What exactly were they saying no to?

I didn’t reply. I just kept posting a nature photo a day for several months. It was the most helpful thing I could think of doing.

I pressed on because I knew about the mountain of evidence that has piled up for decades on the healing power of nature—study after study showing that nature has enormous benefits for body and mind. And not only that this is true when we are physically out in a forest or a park, but that it is true as well for just looking at a picture of nature. Viewing a nature scene changes our breathing and heartbeat and induces the relaxation response. The hunger for nature is so strong in us that just looking at pictures of it improves our health.

Today, four years later, the news is a daily cycle of horrors. And I’m beginning to hear a few echoes of that feeling that my friend expressed then—that when the world is on fire, it’s not a good time to enjoy beauty. When people are suffering and dying, connecting with nature just doesn’t cut it; it doesn’t get down to the real problems.

I hasten to say, I’ve only ever heard this from white people. And maybe that’s because there’s an element of white guilt in it. But guilt is a great thief; it steals people’s ability to move and make change. It paralyzes.

And what we need now is the opposite of paralysis. The opposite of shock and overwhelm. Which is why people need to keep our lifelines close at hand. And the most powerful lifelines I knew are nature and beauty in general.

A poem by Rita Dove brought this home to me this week. Three lines from her poem “Transit” crossed my screen:

…in the midst of horror
we fed on beauty—and that,
my love, is what sustained us.

Rita Dove is a Pulitzer Prize–winning poet, and she was our US Poet Laureate from 1993 to ’95, one of the first Black poets to hold the position. I assumed when I saw these lines that she was writing from the experience of her own people—centuries of horrific suffering, hundreds of generations of being enslaved and treated as less than human. And how even through all those generations of suffering, Black Americans kept music alive—and dance, and other forms of beauty. And not just kept music alive but laid the very foundations of American music in blues and jazz and hip-hop.

So, after seeing those three lines, I looked the poem up online to read the rest of it. And that’s when I discovered the final line of the poem. Rita Dove ended it with the name Alice Herz-Sommer, and the poem is written in Alice’s voice, as if seeing the world through her eyes.

Which led me on my own pilgrimage of beauty this week.

It turns out, Alice Herz-Sommer was a Holocaust survivor—one of the oldest Holocaust survivors until she died in 2014 at the age of 110. She was a native of Prague, a concert pianist who was making a name for herself in Europe when the Nazis came to power. Eventually they arrested her and her young son and sent them to Theresienstadt.

It was the concentration camp built to deceive, the one that looked like a functioning community, where Red Cross inspectors visited to make sure Jews were being treated well. But in truth it was a holding place before sending Jews to Auschwitz and the gas chambers. It was a transit camp, and that’s where the title of the poem, “Transit,” comes from.

Alice Herz-Sommer said that for the Red Cross visits three times a year, prisoners would be given new clothes and fresh produce was put out on display. Parades were scheduled, and musicians performed concerts for the visitors. After the inspectors left, normal prison life resumed, with starvation rations. Yet the prison guards loved music, so they allowed the concerts to continue. Alice herself played over a hundred concerts in the two years she was there. She performed all the Chopin Etudes from memory.

And she said that the music saved her life. “Whenever I knew that I had a concert,” she said, “I was happy. Music is magic. We performed in the council hall before an audience of 150 old, hopeless, sick, and hungry people. They lived for the music. It was like food to them. If they hadn’t come [to hear us], they would have died long before. As we would have.”

Alice is the center of a documentary short called The Lady in Number 6, which was filmed in her London apartment the year before she died. She was still playing the piano at least two and a half hours every day at the time. The film won an Academy Award in 2014, exactly one week after Alice passed away.

I watched the film this week, mesmerized. Whenever the 109-year-old Alice speaks of music, her eyes light up with warmth, with passion, with life. Here was a woman who had seen the worst. The absolute worst. And who chose to focus on what is good and beautiful in the world.

The film is disturbing to watch too, for the hatreds that ran wild in Europe at that time are all too familiar now; the Nazi frenzies that seized people then have all too many analogues today. It is painful to know where those hatreds led then, and where they can lead now unless we as a collective people put a stop to them and choose a different path.

In the film Alice’s friend Zdenka, who also survived Theresienstadt, says that during Alice’s concerts, she would sit near the front and watch her friend. “It was magic,” Zdenka says, “to hear this music in that kind of surrounding.” And she gets to the heart of it when she says, “It was a moral support. It was not entertainment, as most people think, that we were having fun. It had a much bigger value.”

And here is the crux of it: the music was their lifeline. In a prison camp, music was not a luxury. It was an oxygen mask.

Today, we need every lifeline we can get our hands on. The work of defeating today’s fascism and building a better society is immense. We need all hands on deck. This is not a time for guilt or for overwhelm. It is a time for filling our souls with what nourishes us so that we have the strength we need to join the fight in whatever role is ours to play.

Because every person does have a role. No one is left out. We need every organizer, every writer. We need every teacher and house cleaner and executive. For the upcoming election, we need poll workers and phone callers and people who pray.

You have been put here to do your part. Whoever and wherever you are.

And to do our part, each of us is going to need all the beauty we can soak up. Every sunset or sculpture, every sonnet or slam—whatever inspires or nourishes the soul. Whatever brings peace, true peace—not a dulling of the senses but a feeling of refreshment and spaciousness and possibility. Whatever softens the heart and allows a little more love to flow.

All the things that do this are not luxuries, they are lifelines. They are every person’s birthright. They are fuel for the good fight.

And they are rooted in nature itself. Because nature is alive, always becoming. The wider community of trees and fungi and animals and enzymes is always creating something new, in every day and every moment. And anything that restores to a person even a small sense of possibility, of becoming, has something of that Great Becoming in it.

Alice Herz-Sommer found her Great Becoming in music. She said, “I felt that this is the only thing that helps me to have hope. It is sort of religion, actually. Music is God. In difficult times you feel it especially. When you are suffering.”

So I encourage each of us to reach for our own lifelines, our own sources of beauty. Our own ways of joining in the creativity of the Great Becoming. Our own ways of making it real in the world.

Here’s wishing for you beauty in tough times and a heart that can embrace it and revel in it freely.

Florence Williams tracks much of the research on nature and health in The Nature Fix: Why Nature Makes Us Happier, Healthier, and More Creative (2018). The book is a delightful read.

For a recent and helpful review of all the decades of scientific research on nature and health, see Hyunju Jo, Chorong Song, and Yoshifumi Miyazaki, “Physiological Benefits of Viewing Nature: A Systematic Review of Indoor Experiments,” International Journal of Environmental Research and Public Health 16, no. 23 (Nov. 2019): 4739.

You can read Rita Dove’s whole poem “Transit,” including a paragraph Dove wrote about the poem, at poets.org.

For more information on Theresienstadt, see its page at Holocaust Encyclopedia.

For more info on the film The Lady in Number 6: Music Saved My Life, and to watch free clips or to rent the movie, go to filmmaker Nick Reed’s site. An extended preview of the film is available on YouTube. 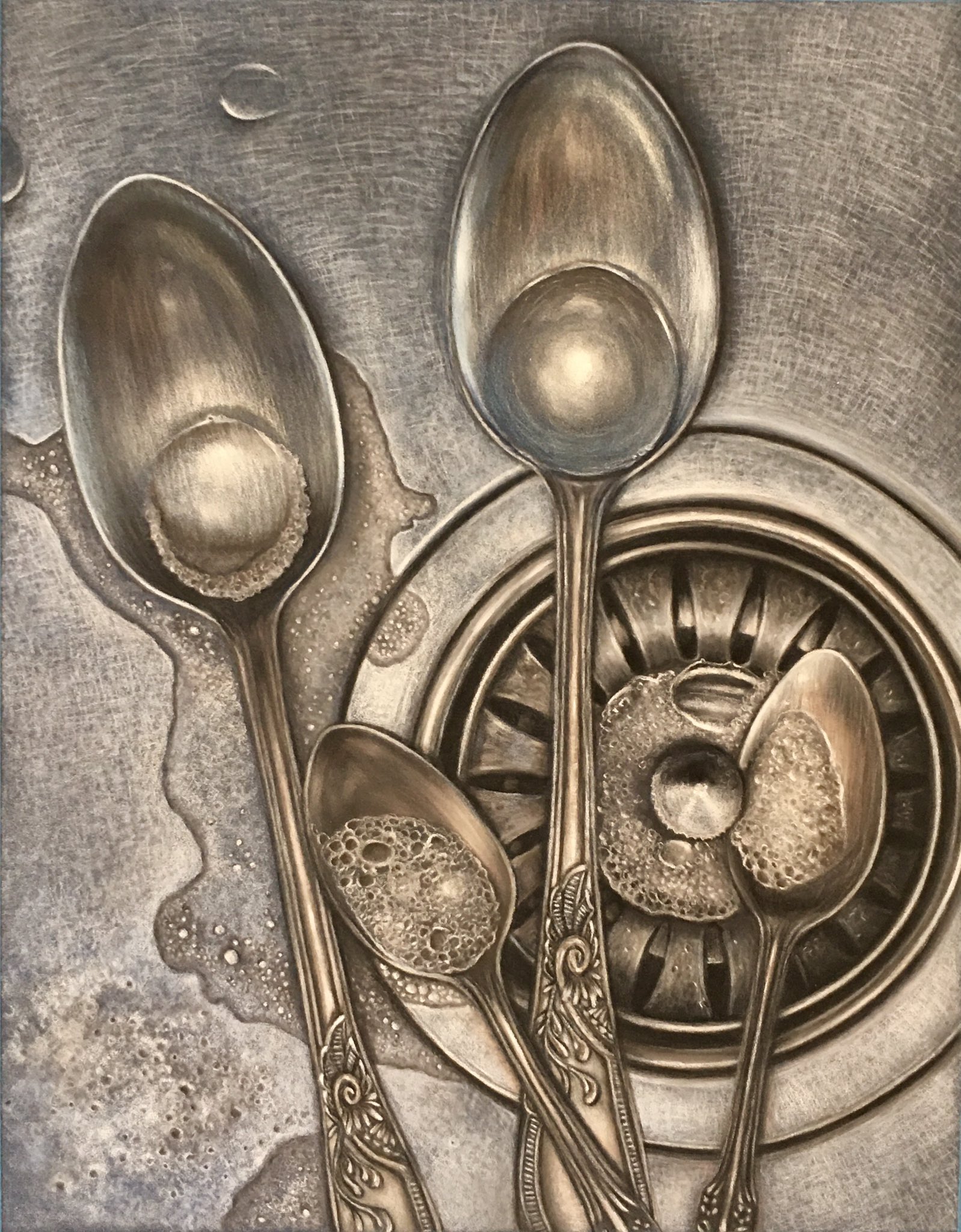