Here is my Letter to America including all the original links—each link a shout-out and thank-you to the writer, civil rights worker,  water protector, scientific researcher, or philosopher who provided inspiration.

The letter first appeared in Terrain.org’s Letter to America series.

“We hold these truths to be self-evident,” our Declaration of Independence announces—words so bold they clearly belong to a different time than our own. For we could never be so confident about truth; to us it does not appear self-evident. Increasingly, we have trouble seeing it at all.

In our post-truth era, facts grow fuzzy and rumor replaces substance. The strongest journalistic standard has to do not with truth or even fairness but with appearance only: Has equal time been devoted to each side?

False equivalences are simply false. They are “bullshit,” a philosophical category (yes, really) meaning “unconcerned with truth.” Whereas a liar distorts the truth—thus bowing to the idea that there is truth—a bullshitter simply “doesn’t give a damn.”

Dear America, we’re going to have to give a damn again about the truth.

We might learn from resistance movements of the past and how they placed truth at the center—because those who deny freedom have to first withhold truth, for starved of their alternate reality of propaganda, tyrants can hold no power. We might learn from Gandhi’s satyagraha, often translated “truth-force” but literally, “holding firmly to what is real.” Satya, the truth, rests on sat, reality itself. What is truthful is what is real.

Dear America, we’re going to need to hold with all our might to what is real.

Being rusty in the art of perceiving what is true, we might take a cue again from the Declaration. “All people are created equal,” it says, read through the Nineteenth Amendment, and “they are endowed by their Creator with certain unalienable rights”—natural rights that can’t be taken away because they proceed from a source bigger and deeper than human laws, nature itself. Rights to life, liberty, and the pursuit of happiness are givens; they rest in reality.

Dear America, this is a time to care that nature is the source of equality of all. That long before there were human beings, insects and birds and animals arranged themselves in democracies, and a sense of justice and fair play preceded us by eons. This is a time to recognize that history “bends toward justice” not because human beings choose it but because justice is the firmly threaded warp of reality across which every species and creature threads its own strand, and those who would align with what is real will weave their own stories around that same strong support.

Now is a time to celebrate that nature is not authoritarian and orders do not flow downward from above. That beings in each landscape, each ecocommunity, create themselves and one another through endless mutual responsiveness and dialogue—between clouds and soil, between microorganisms and insects and plants, between trees and fungi, between rocks and water and birds and wind. That social status, even among animals who organize themselves in hierarchies, is held through consent of the group, and community members vote with their feet. This is a time to care that nature is on the side of setting free—that the life force flowing through all is a liberating force. That it is continually making possible new creative experiments, and that beings from earthworms to octopuses choose liberty and pursue happiness. And that any human government that wishes to be sustainable will do likewise.

Dear America, this is a time to take to heart the nonviolent resistance of Martin Luther King. To study the determined yet peaceful faces of the marchers and lunch counter sitters and to borrow courage from their calm—that having suffered hundreds of years of violent slavery, dozens of generations’ worth of grievances, they disciplined themselves in the heat of confrontation to act with respect, firmness, patience, and truthfulness. This is a time to learn from Dr. King, who translated Gandhi’s satyagraha not as “truth-force” but as “love-force,” because he knew that truth and love are synonyms, and they form the bedrock of reality.

This is a time to know that the ugly wound of slavery still scars our collective body and that suppressing voters’ rights is one of its current forms. That even when an election follows existing laws, if those laws limit the democratic right of citizens to cast their ballots, that election violates the self-evident truth of equality, and the party spearheading those laws is unfit for democratic leadership. To know that if the winner’s victory rested on voter suppression in battleground states, that election remains illegal and the winner’s power illegitimate.

This is a time to care that a smooth transfer of power, no matter how peaceful appearing, conceals a reality of violence if the candidate gained power by attacking freedoms and silencing dissident voices. To know that the moment a candidate mocks the disabled or demeans those of a different faith or skin color or boasts of criminal assault or threatens violence to those who disagree with him, he is announcing his unfitness for leadership and has disqualified himself from governing in a democracy.

Dear America, now is a time to learn from the Standing Rock Sioux and all the tribes and allies protecting water in North Dakota, who after centuries of cruelty and attempted genocide have disciplined their minds and hearts in order to act with dignity, patience, respect, and generosity. For nothing less than the well-being of the Earth is at stake, and with it the well-being of the children and indeed all recognizable life, and in the face of such enormous stakes, enormous strength is required, the kind that can be cultivated through spiritual practices of love and prayer.

And what of us, America? What of the millions of us who are listening to the buzz of angry voices—of poisonous radio hosts and white supremacist neighbors and the bitterness of personal grievances? How will we come to know that behind all that hate lies fear? How will we recognize that fear as an illness—to know that a society caught in such profound and pervasive fear is a society deeply under the weather? How can the people of this country nurture ourselves back to health—to a sounder, healthier frame of mind?

Dear America, this is a time to come to our senses. Literally. This is a time to visit the ocean or walk in a forest or sit in a garden and listen to birds. Because opening the senses to nature—even just looking at natural scenes—helps to set the mind and heart at ease, reducing stress, increasing kindness, building creativity, and increasing happiness. Feeling awe in the face of nature’s beauty and grandeur decreases self-importance and increases generosity. We need the shin-bumping solidity of rocks and the towering comfort of old trees. We need nature’s healing power. We need it now.

Dear America, now is the time to tackle the vast inequality in wealth and income in this country and to repair the ill health and reverse the scapegoating it engenders. To remember that pursuing wealth corrodes the soul and increases narcissism and that those who chase wealth are chasing ephemera, not reality. To know that inequality sabotages democracy by instilling a false picture of reality—the idea that some naturally deserve more while others deserve less—when the truth of the natural world is that everyone lives for a time and then dies, that “you can’t take it with you,” and that no other creatures bequeath a private inheritance. Now is the time to tackle the capitalist system of rewarding accumulation, for collecting more than one needs contradicts the economy of nature, where every breath taken in is balanced by a breath given out, and the true bottom line is reciprocity.

Dear America, this is a time to address fear of difference, for people who are fearful feel disempowered and unable to affect their own lives. This is a time to starve hate speech by fostering inclusiveness and practicing firm kindness and truthfulness. To know that nature is on the side of diversity—that biologically diverse communities are more resilient and creative, and cultural diversity lends vibrancy and strength to a community.

Finally, America, now is the time to end use of fossil fuels, for the oligarchy in power relies on them for its wealth and dominance and will do everything it can to push oil and gas even as the Earth heats up beyond the point of ecological disaster. Political independence is not separate from economic self-sufficiency, as Gandhi knew, and his satyagraha included the practice of spinning, which empowered people in local villages to produce their own cloth and boycott British goods. Today we might find a similar, local self-sufficiency in producing and using solar power, which right now is becoming the cheapest energy on Earth. Gandhi’s spinning wheel might become our solar panel—a symbol not only of survival and sustainability but also of resistance.

Hannah Arendt, after the carnage of Nazism, wrote that totalitarian rulers prepare their subjects by dividing people from one another and imposing an ideology of hate. Once people have lost their connections to others and to their own integrity, the preparation is complete. The “ideal subject” for a totalitarian regime, she went on, is “people for whom the distinction between fact and fiction (i.e., the reality of experience) and true and false (i.e., the standards of thought) no longer exists.”

Dear America, let us not be ideal subjects. Let us resist, with kindness and solidarity, all efforts to divide us. Resistance begins at home—when we refuse to surrender the power of our hearts to hatred and fear. Resistance succeeds when we remain true to experience, working together to restore faith in love and equality and justice.

Dear America, we have a long way to go. But that’s always been true, and in this respect the present moment is no different. What we need now is the support of nature, of reality, and in the natural world there is no post-truth era. May each of us find our footing on that firm ground.

Responses to This is a time 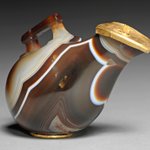 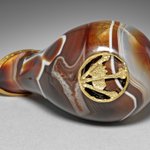 Love this convo with truth teller Greta. And so glad she’s found her friends. https://t.co/iRf71R8RdI

A tree walks into an embassy.... "If Rivers Have Rights, Can a Tree Become a Refugee?" #rightsofnature https://t.co/4pFSeESxo2